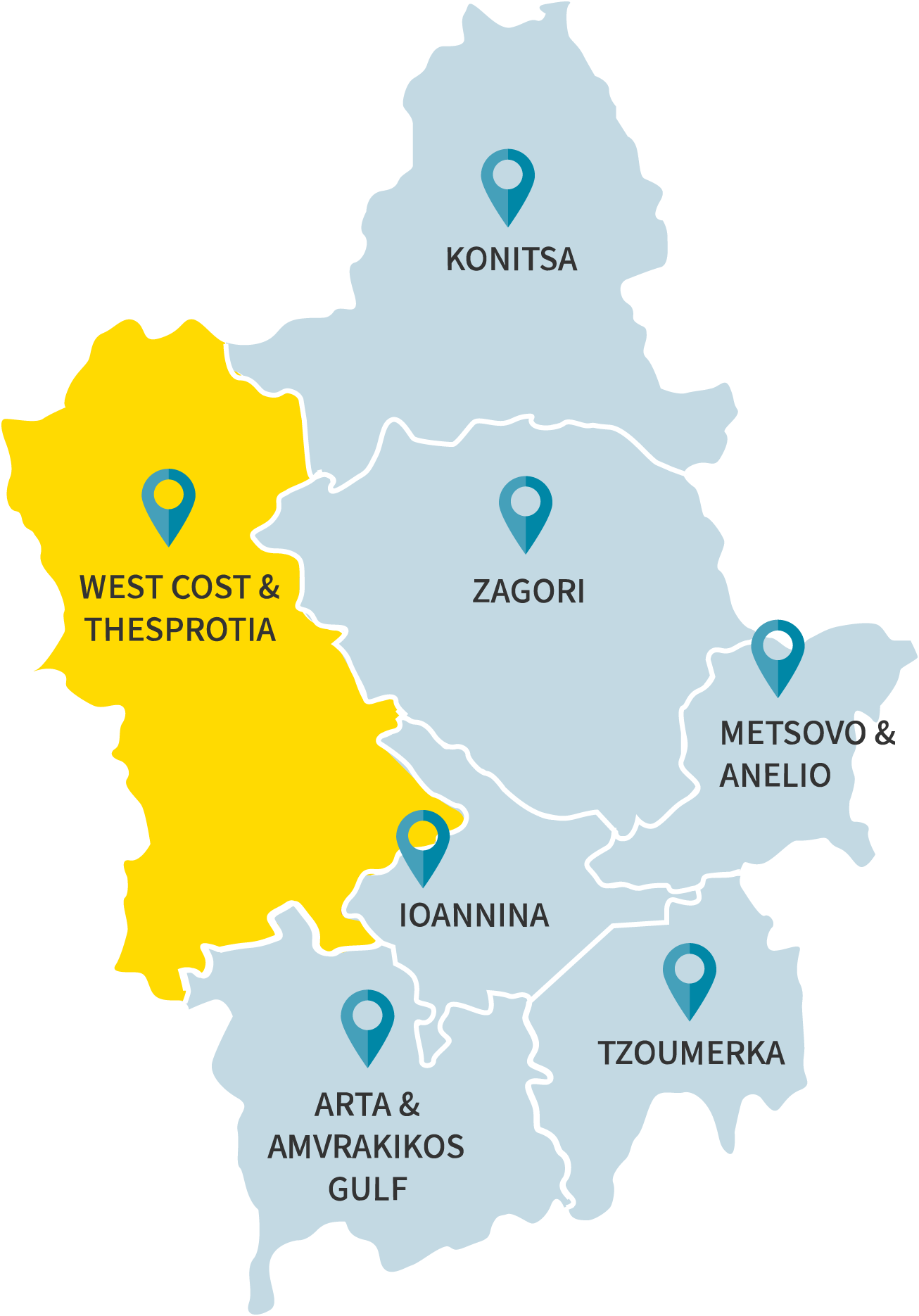 Most of the Epirus province is mountainous, but there’s also a long strip of beachfront on its western flank along the Aegean Sea. The shore runs for some 150 kilometers, beginning at Greece’s border with Albania and reaching the island of Lefkada in southwest Epirus. Some of the most charming Greek beaches can be found here, as well as several enchanting seaside villages that are perfect for a vacation. Among them are Parga, Syvota, Perdika, Kanali, and others. If you'd like to integrate nature treks in northern Greece’s mountains with some time at the beach, Epirus is the province that lets you grab the best of both worlds.

Lefkada Island in southern Epirus is easily reached, as is Corfu or Kerkyra, an hour’s boat ride away from the furthest Epirus port, Igumenitsa. Apart from beaches, you can also take in the relatively large city of Preveza in the southwestern part of Epirus.