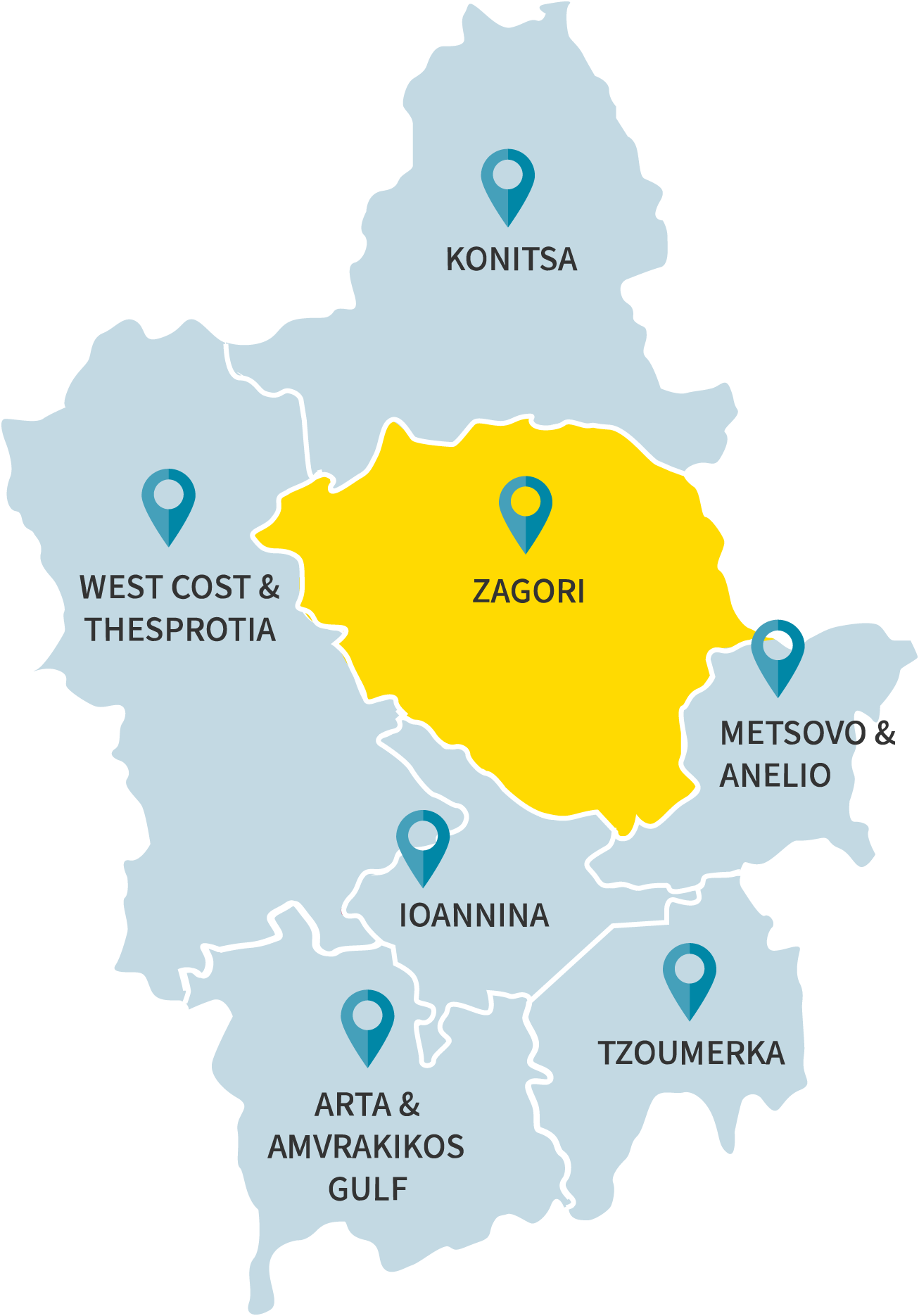 The distance between West and Central Zagori is negligible, so there’s no need to change your lodgings if you want to visit the central region. It’s no more than about 25 kilometers. Central Zagori is predominantly in the southern section of Vikos Gorge and the Vikos River. We warmly recommend the three observations points on the Vikos Gorge: Agia Paraskevi, Oxya, and Beloi. Take a look at the beautiful ancient bridges above the streams in the region, and especially the Kokkoros, or Noutsos, bridge on the way to the pretty village of Kipoi. Another village worth your time and which has preserved its local flavor is Dilofo, found between Monodendri and the Kipoi village area. This part of Zagori can also easily fill 2 days with its rewarding treks.

The Oaxia point is the highest observation point on the Vicus Canyon, from a 1462-meter high point, a 100-meter walkway will take you to the vantage point, Arrive at Monodendri village Do not turn to Monodendri and continue straight on the road until the end.

The Stone Forest is an area within a radius of about 5 km on the way to the Oxia Observation where slate stones are scattered over a fairly large area, The vehicle can be stopped by the side of the road and wander among the stones, but caution as the rocks end partly in the east in a cliff to the abyss.

The Monastery of Saint Paraskevi is located near the village of Monodendri and built just above Vikos Canyon, a 15-minute [easy] walkway leads to the church and then to a spectacular and spectacular view of Vicus Canyon.

The village of Dillofo is one of the most traditional villages in the villages of Zagorochoria, and it is highly recommended to wander its alleys, On arrival, drive from the village center of Zagoria to the village of Kippi.

The Kokoris Bridge is one of the largest and most famous stone bridges in the Balkans. The bridge established in 1750 is intended to connect the villages of Kipi and Dilopo and koukouli. There is also a walking route between other bridges located in this location to the village of Kippi, the duration of the walk about two hours.

A 46 traditional picturesque villages of zagori [ Zagorochoria ]  built amphitheatrically in the wider area of Timfi, Pindos and Mitiskeli ). Zagori's natural environment is exquisite and perfect for many outdoor activities. Traveling and walking in the Nature For more informaion about the villges of zagori visit :VISITGREECE/ZAGORI 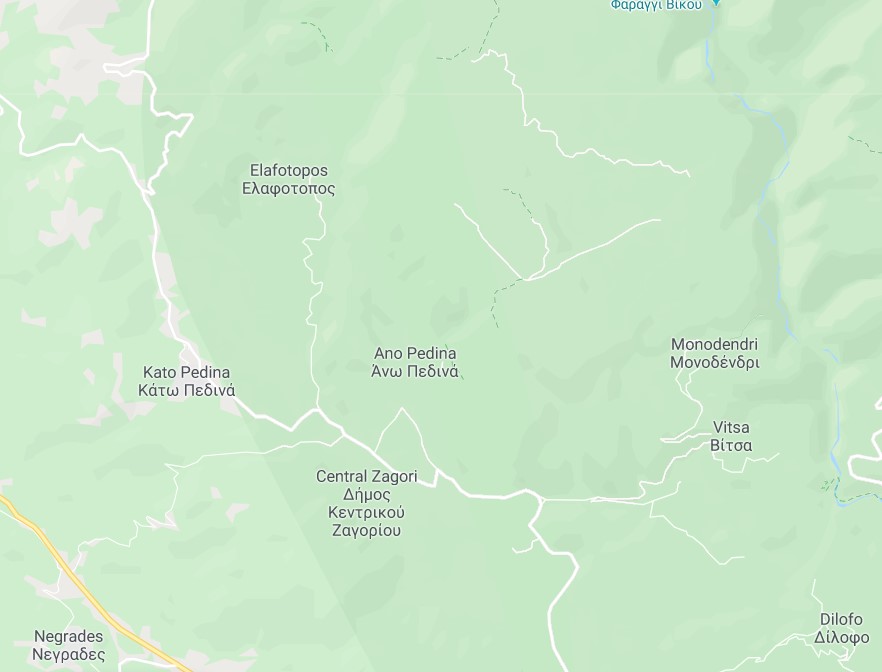 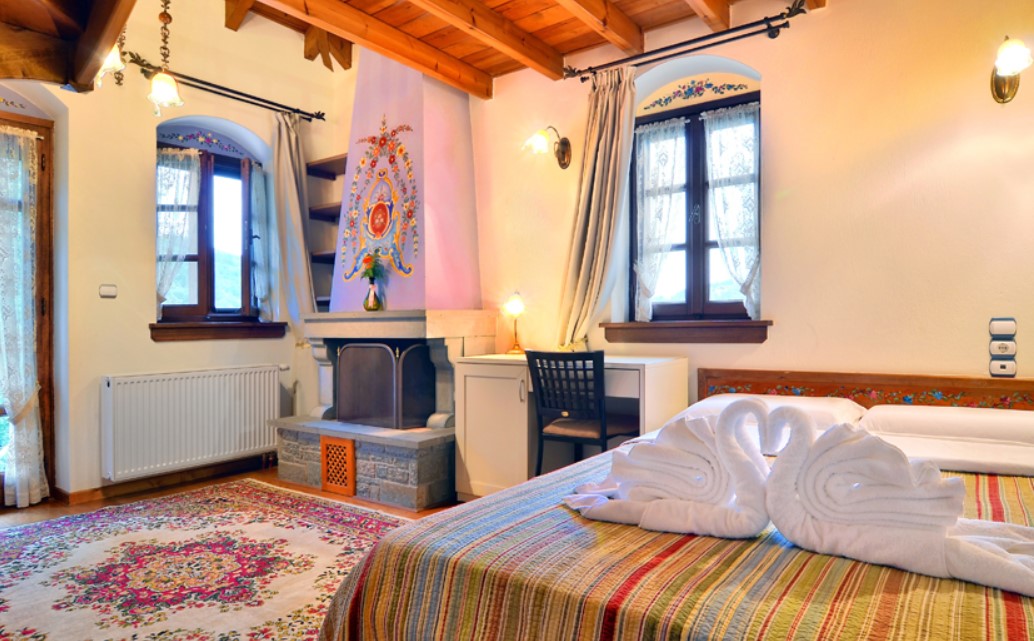