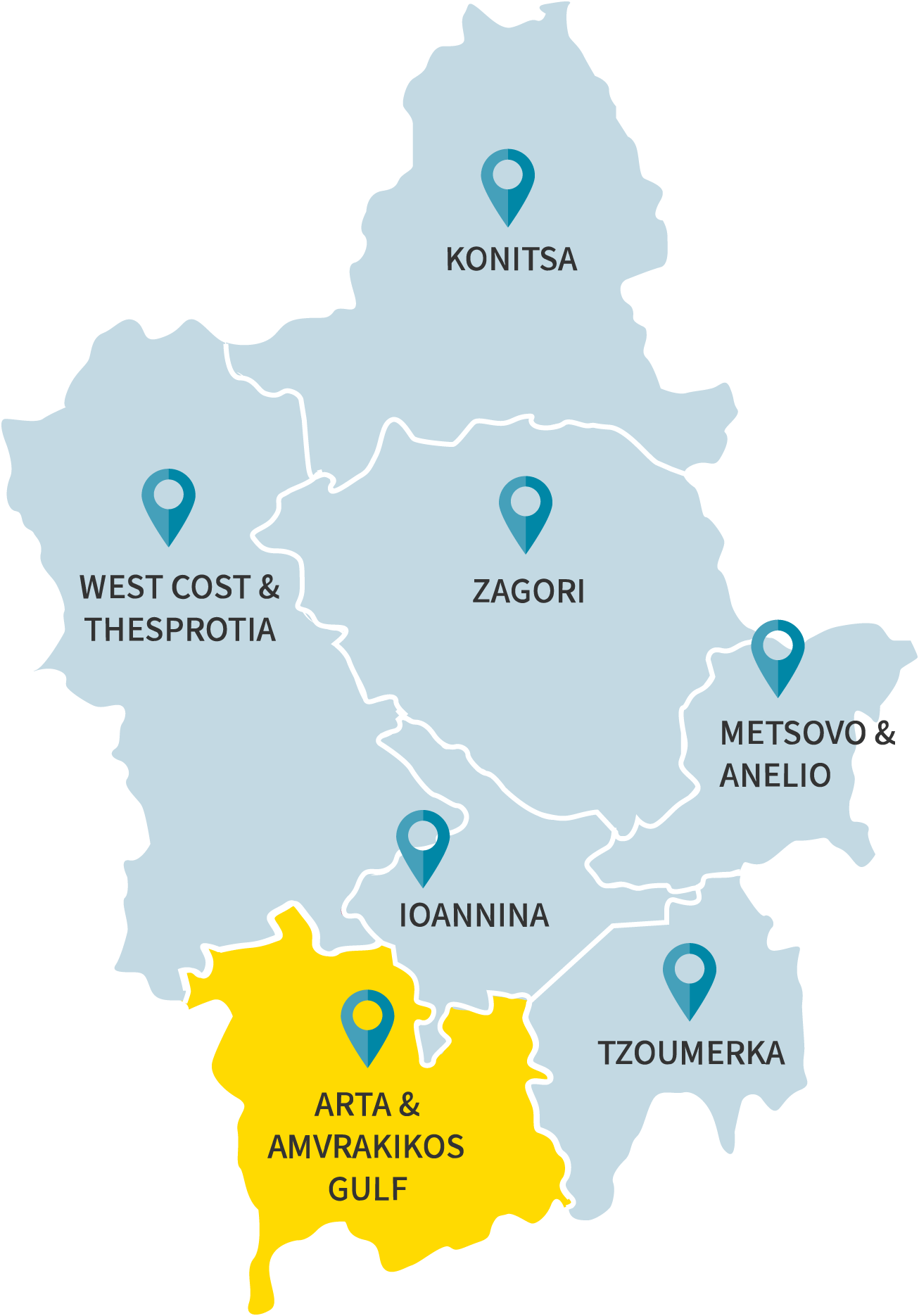 Amvrakikos Bay is in southwest Epirus. It’s a stunning gulf more reminiscent of a lake than open ocean, but part of the ocean it definitely is. Liberally dotted with small islands, it boasts an abundance of fish and birds, fishing boats, and several charming, lushly green villages. You'll find dolphins in the bay, several attractive beaches, and excellent restaurants specializing in a wide array of Greek foods with an emphasis on the freshest seafood in Greece. The area also offers attractions linked to sailing and walking, bird watching and more. The unique aspect of this area is that it’s typically not on the “tourist list” which lets you enjoy authentic local Greek life. And that means there aren't any luxury hotels, but it’s loaded with atmosphere and that special Greek easygoingness.

Even though this is not a lake but part of the sea, the bay’s salinity is not high because the sweet water Arachtos River which flows through Tsumerka empties into Amvrakikos, reducing the amount of salt in the bay. Islands in the bay can be reached by boat from Koronisia.

The City of ARTA
It is one of the largest and interesting cities of the region and Located between Amvrakikos Bay and the mountains of Tzoumerka, is a great base for hiking in the southwestern part of the province, just a pity there are not a lot of accommodation options and still a worthwhile decision to spend at least a day visiting the city and surrounding area.

The cisty of PREVEZA
Geographically, the city of Preveza is situated between the Gulf of Amberkikos East and the Ionian Sea to the west, as it is also geographically close to arta, which is only 30 minutes' drive away. Preveza. is Popular resort near the sea.

for more information about Preveza VISITGREECE/PREVEZA